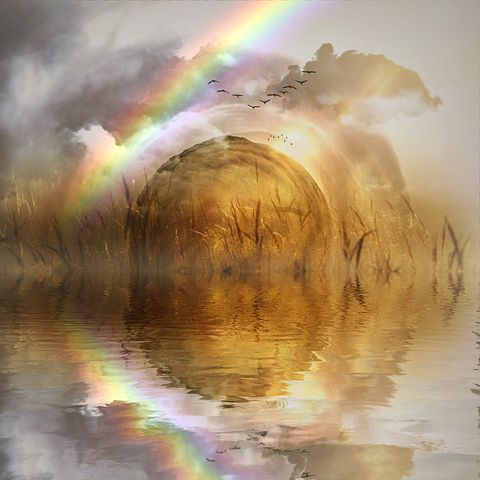 Driving two mornings ago to Ithaca (NY), early morning on a crisp winter day, suddenly to the East I saw a single shaft of light streaming through hazy clouds. Like the lucky end of a rainbow, I thought, amazed at how this golden shaft of light, distinct and enduring, carved out a pathway from sky to ground (so I first thought), breaking through clouds and through the treeline just east of Lake Cayuga; like a portal, a straight avenue up to the heavens.

The mythical import of such a sign—which later I learned to call a “sun pillar”—struck me as a positive message. Ithaka is the home of Zeus and the Greek pantheon of gods atop Mt. Olympus, so as the poet Cavafy has brilliantly penned in his poem Ithaka (click on link to read), returning to Ithaka is a pilgrimage Home to our spiritual Source. 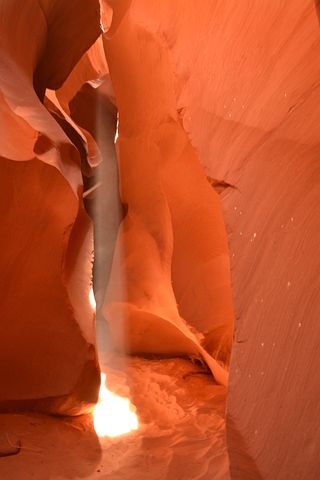 I almost did not take this drive. I was returning to Ithaca College to close out my office there from teaching online for the college this semester. But something prompted me to go, and to leave early morning from my new home an hour and a half or so away. I am so glad I did go, so I could witness this beacon of hope, for myself and perhaps for the world. From a Native American perspective this might signify the breath of a New Dawn, harbinger of a new cycle of growth and realization of spiritual fulfillment. Elahkwa! (Thanks!) might a Zuni person utter to the Creator for sending such a pillar of Light to fill the hearts of Its beloved children on Mother Earth.

We are never alone and ever loved. That message I share and bring forward for you.

Never before in this lifetime have I witnessed this celestial phenomenon of the Sun Pillar. But just as I pulled off the road to take a picture with my phone, the orange top crest of the Sun rose up into the shaft of light and climbed like an orange ball along the path of this golden shaft, up into the Sky. This, I realized then, was two days before the Winter Solstice and two days after the impeachment of an American president; it felt like a sign of hope, this singular stream of golden sunlight illuminating a passageway up from darkness into Light on this golden morning. The full, round orb of this brilliant Sol rose along its own trajectory upwards to rest in its height over serene Lake Cayuga. 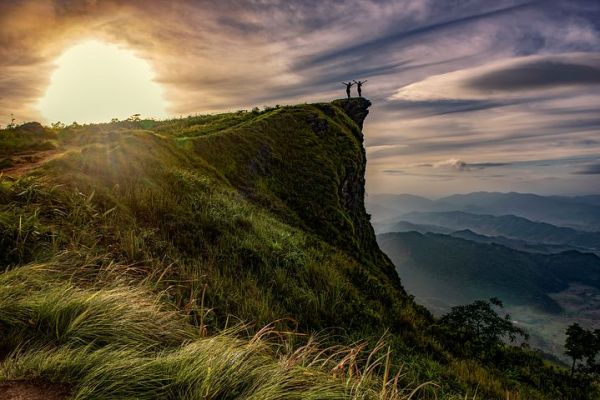 Better Endings to All, and to all a Good Year!!! 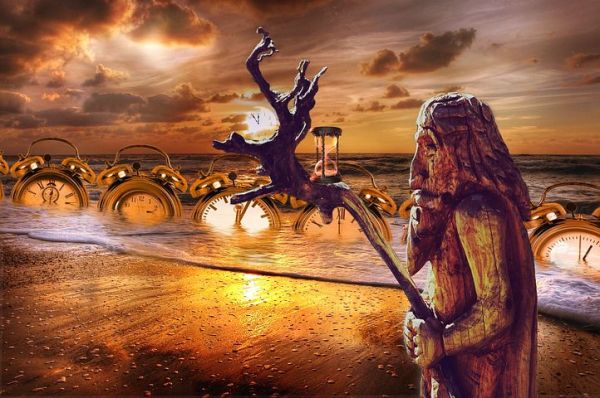 It is appropriate how in the Western hemisphere we celebrate Christmas, Hanukkah, and the New Year during the depth of Winter, around the time of the Winter solstice. Hope and love are born or rekindled in a season of relative darkness and cold, like a ray of light peeking through the stormy clouds or an ember sparking a warm fire, reminding us that the freeze will thaw and warmth and new potentials will emerge. 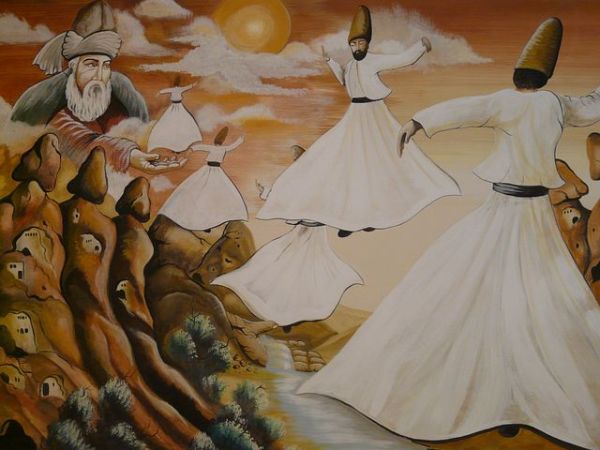 Cross-culturally the Winter solstice and New Year are often aligned and celebrated as a time of death and rebirth, not only of the annual cycle of growth and decay but of fresh opportunities. The Zuni Pueblo Sha’lak’o kachina ceremonies, for instance, always occur at the end of November or first weekend of December. New houses for families needing room to expand, built by kiva group societies throughout the past year, are visited by the six 12 foot tall Sha’lak’o  messenger kachinas. The Sha’lak’os walk to these houses at Zuni from the six directions (East/South/West/North/Zenith/Nadir) to bless these homes and metaphorically to bring balance and renewal of growth potentials to the entire world and cosmos through their sacred prayers and ceremonial dancing. 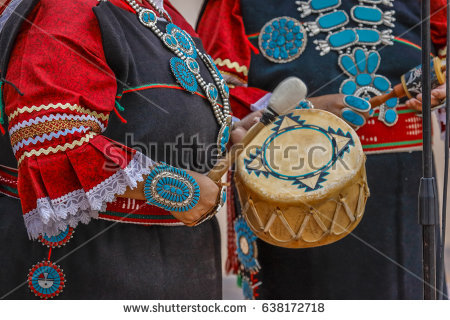 Out with the Old, In with the New.  A new cycle within the larger cycles of your Life Chapters and Life Story is a golden opportunity to reflect, to shed that which no longer serves you in its present form.  Take a breath of the pristine dawn of a New Day over the Holidays season! 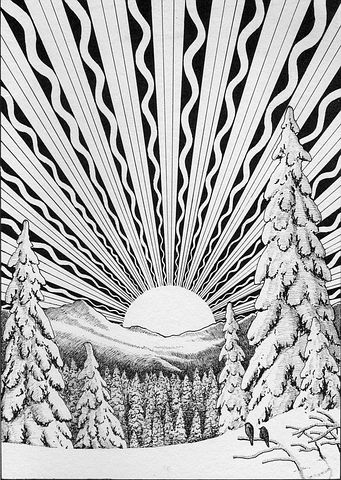 I welcome YOUR comments and Story! 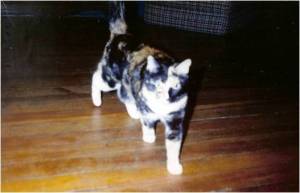 I know that not everyone accepts or is interested in the idea of reincarnation. If not, that is fine, but please humor my story today. I want to tell a true, Better Endings story which I associate with pet reincarnation, but you are welcome to interpret the story however you like.

Chela was an orange tabby/calico cat that I shared my life with for 11 years. Chela was an amazing feline friend. She would ride around the house with me, draped across my shoulders. Outside, we would play a game where I would chase her in a big circle around the back yard; then I would turn around, and Chela would chase me! We were very bonded. Chela relocated with me on my “Big Move” from Buffalo to Arizona (see that story here from Feb.5). She also came with me for my dissertation study year at Zuni Pueblo, New Mexico. She was my touchstone there, or should I say a refuge of the Heart.

When I returned from Zuni to Arizona, I spent 6 months as an intern at the Museum of Northern Arizona. Chela couldn’t be with me then, so she stayed with a friend in Phoenix. At night in Flagstaff, though, I would close my eyes while sitting up in bed playing a recorder instrument to the tune of “Greensleeves”. I would imagine that Chela was with me then.

Chela developed a severe arthritic condition in her spine, so I had to let her go when she was only eleven. She appeared to me about a week after her passing. In a dream just before waking, I went to pull an envelope with a picture of her from my chest (heart) pocket. Instead, Chela energetically walked out from the envelope, as if to say, “Don’t remember me as a dead form; I am here with you now; I am still living, as Soul!” Chela then led me to where she was staying on the ‘other side’. She brought me to a beautiful, verdant clearing in a wooded valley, full of trees on the perimeter, and colorful flowers, and animals of all sorts! There was a small, wooden stage in the middle of the clearing.  Chela jumped up onto the stage and addressed her animal friends:

“This is Linda; she’s the one I’ve been telling you about!”

So, I went onto the stage with Chela and said hello to her animal friends.

Around 11 months later, I had another dream one morning. I was returning in the dream from a castle where I had been visiting a friend who had been a mentor for me before she herself had passed on, my philosophy teacher from undergraduate college, Dr. Antoinette Paterson (Toni). She had been the person who had introduced me to Chela one day when I went to her college office for an Independent Study session.

“So, do you want to see the most beautiful Being in the Universe?” she had asked.

“Yes!” I answered, and little kitten form Chela, who had been delivered to the Philosophy Dept. office in a box from a student, slept in my arms during our session and came home with me that day.

So, 11 years and 11 months later, in my dream I was leaving this castle area after visiting with Toni, and I saw at the entrance gateway a beautiful little female, fully grown, black-and-white-with-orange-splotches cat. I knelt down with my heart full of gratitude to greet and pet her as we felt like very old friends.

That very morning, I went to my university in Tempe, AZ  (ASU), where I met with my main mentor there, my Ph.D. advisor, Betsy. The first words out of her mouth to me that morning were:

“Could you possibly take a kitten?”

“Only if she is black-and-white-with-orange-splotches!” I laughed.

“One of them is!” Betsy answered.

Ariel (that kitten-cat) was a Harlequin, tortoise shell, Calico. She had Chela’s orange-white tabby stripes etched lightly on her forepaws and temples! Ariel and I were close companion family for 20 years. Whenever I would play “Greensleeves”—as I often did—on the same recorder instrument I had played on in Flagstaff, wherever Ariel was and whatever she was doing, she would jump up onto my chest and purr loudly, rubbing affectionately. I played “Greensleeves” also on the day she departed again; this time, she passed away at home, in my arms. I felt she was graduating from the Physical plane altogether this time, progressing as Soul to become an angelic spirit-form. I have seen her since, but in forms I shall not venture to share here. As I say often to all of my pets now, our love is Forever, “twenty-four seven, times Eternity”!