The completion of a Hero Cycle adventure brings the traveler Home. The hero returns to their point of origin yet it is not the same place, because the hero is a changed person from before their adventure began.  S/he has come into her own strengths and gained maturity from having overcome the obstacles and ordeals inherent in the adventure of living. Joseph Campbell’s The Hero With 1000 Faces aptly notes that what the hero returns with are strengths not only for that individual but as well for the good of the whole.

“The presence of a vital person vitalizes,” says Campbell in his film documentary with Bill Moyers called “The Hero’s Adventure.”  This is the whole point on one level of the Hero Cycle: persons depart from their too comfortable environments to challenge themselves, to strengthen their whole assemblage of archetypal sub-selves; in Jung’s terms to “individuate” by integrating and developing the full range of their individually focused human capacities.

The Prodigal Son is a big picture or covering myth that expresses a fundamental unity of most religions: Soul departs from Its divine origin to experience life in the worlds of duality, so It can eventually face the weaknesses of the human consciousness. From encountering ordeals and learning the value of divine love, eventually Soul surrenders human passions of the ego and recovers awareness of Its Divine nature; then It can return to the Godhead to assume a greater responsibility to Life Itself with a fully spiritualized consciousness. In a way, all of human experience can be thought of as subsumed under this greater mythic motif that permeates our lives, at least from a spiritual perspective. (BTW by mythic I do not mean a false narrative but rather a vital tale of profound scope and consequence!)

One of my favorite movies with a slight comic twist of the Prodigal Son/ Daughter theme is Defending Your Life with Albert Brooks and Meryl Streep.  Daniel and Julia, two recently deceased individuals, find themselves–and meet each other– in the afterworld purgatory city called Judgment City, amid a thriving throng of others recently deceased.  They are assigned attorney angels to represent them at a trial before a panel of judges, whose verdict will determine whether the defendant Soul will need yet to reincarnate or they can “go on” to higher planes.

Daniel and Julia fall in love. Julia (Meryl Streep) is a shoe-in for transcending to higher planes as she is a bright, heroic sort already. Her trial lawyer shows images of her having soared through her previous life: rushing into a burning house to bring out children, then going back in to bring out a cat! Daniel, on the other hand, has a more challenging trial. His lawyer–played by Rip Torn as a rather querulous defense attorney—shows images from Daniel’s his former life that reveal how he often came up short when it came to taking risks; so it becomes very likely Daniel will need to return to earth to finesse his character a bit more. I won’t give away the ending, but you might imagine what Daniel could do to in order move on with Julia.

Defending Your Life conveys important messages about the Hero Cycle and particularly regarding the Return. WHY ARE YOU HERE? What sorts of challenging experiences recur again and again in your life as if to teach you well? What are you here to learn as your most vital life lessons? 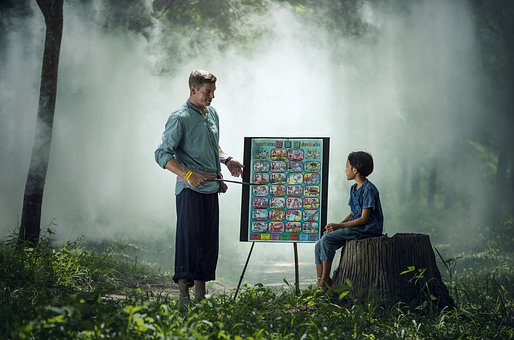 Have you learned your specific lesson(s) well enough yet? How might you take your lesson one step further? Another way of asking this is:

WHAT ARE YOU HERE TO GIVE?

What could bring YOU Home from your ordeals, for the good of the Whole?

I welcome your Comments and Stories!