I used to think about taking Cricket skating, on a lake, if a rink wouldn’t accept her. I think she would prefer hockey skates to figure skates, so she could do fast stops and flick snow on me. Butterfly would look adorable in a figure skating dress and four little white skates.

“Can I have skates?”

This is the first Olympics where I don’t wish I could go in person; most of the time it sounds so exciting, to visit another country, to be there in the stands for the opening ceremonies, and to cheer on my favorite athletes. I love the ideal of nations coming together in peace and sportsmanship. I can feel my heart expanding as I watch the march of the athletes into the stadium. I learn a lot about the cultures of other countries, I learn the names of other countries, and enjoy their fashion choices. But I don’t want to go to Russia.

Maybe it’s because I grew up with stories about Refuseniks, Jews who were not allowed to leave Russia or to practice Judaism freely in Russia. But also, Putin scares me. And Siberia scares me. The extreme cap on free speech, and the ease with which they throw people into prison, scare me.

But I still love watching the Olympics on TV, whether it’s on time or delayed or taped on my DVR. Somehow they get me to watch ski jumping, and snow boarding, and rhythmic gymnastics, and beach volley ball, for hours. I think I even watched a few minutes of curling last time around.

I wish my girls could participate in an Olympics. They could have all kinds of events specifically for dogs:

Cricket is in the lead!

Look at her go! 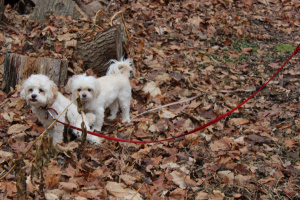 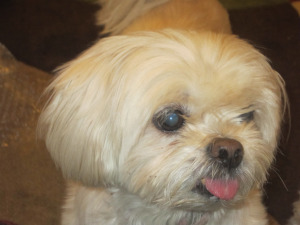 Butterfly’s looking to Cricket for lessons.

Wouldn’t a group barkathon be the ultimate way to end the closing ceremonies?

I am a fiction writer, a writing coach, and an obsessive chronicler of my dogs’ lives.