Dear Readers and Visitors: You may find the  Comments in the right panel (“What people are saying”) and I absolutely welcome your input! Joshua shares about his own Vision Quest which led him to discover his purpose as a Teacher. Gail reveals how she and her husband are trying new things in a Nurturing manner. I hope you can all relate to how we express deep aspects of our Soul-Self (Jung called it Psyche or Soul) as we develop our various life potentials. What are some of your archetypal cast of characters that show up in what you love and are drawn to do and be? -L

PS: Since these posts will be up for a few days each,I will use prefaces like this to integrate your comments and insights! So check back between posts and always feel free to add to the running conversation!

When I was in High School, around 9th grade, I wanted to be a gym teacher, because I loved running the obstacle course that my school’s gym teacher created for us. Then in 10th grade, I wanted to be an English teacher and a Stage Director, because I loved the English classes and the reading material of my favorite teacher, Mr. Scelsa, and I served as his assistant for directing two memorable student plays.

Now that I understand Archetypes, I realize these high school ambitions were about wanting to express my inner Teacher as a primary aspect of Self, with Artist, Idealist, and Communicator character traits also desiring expression. One day in my senior year Mr. Scelsa talked with me between classes. He told me that if I would be gratified with the prospect of a student remembering 30 years later some line of poetry or some insight I had shared as their teacher, without even remembering where that thought had come from, then it would be appropriate for me to pursue becoming a Teacher. I have never forgotten that, and Teacher has been my primary Archetypal mode of manifestation of Self.

The new approach to working with your archetypal traits that I will be introducing in Life Paths is based in part on what Jung would call “Situational Archetypes”. Some of the archetypal aspects of Self we all experience are associated with the ROLES we enact in our lives, and it is this subset of your dynamic archetypal influences that I will be acquainting you with as we go forward with this blogging process over the next six months and in Life Paths (my upcoming book and self-help Handbook kit). So, Teacher is one of my Primary Archetype Allies, and I have grown into its expression over the past 35 years. Understanding this helps me to appreciate the dynamics of being a Teacher so that over time and experience I have grown into being a role model—as Mr. Scelsa was for me—for some of my own students. But Teacher is only one of my Primary Archetypes; there are others, some of which I have yet to fully manifest and aim to develop further in the next Chapters of my life.

Can you relate? What is the PRIMARY mode of Self-expression you manifest in your life? When you answer this week’s Life Mapping prompt of WHEN I GROW UP I WANT TO BE…, what sorts of ROLES are you wanting to more fully express as you aim to “Live Your Dream, Now”?

Last Saturday on the heartfelt FINDINGMYINNERCOURAGE blog, author Dawn posted the following insights and picture about “Energy Flows”. It is a propos to our Life Paths topic this week of Planting a Vision Seed of Who you wish to Become:

Posted by findingmyinnercourage in BLOGS 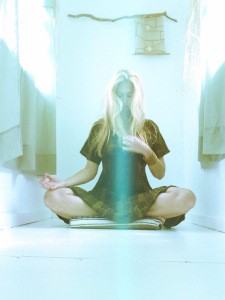 Have you ever thought about where your energy goes? Or where you’re putting most of your energy into? By focusing on all of what we wish to accomplish, all of our energy is directed towards enabling us to achieve our vision. Good intentions and attitudes will influence the positive to surpass the negative. The only thing it takes . . . happy thoughts!

Don’t you just love Synchronicity? I do!

Please feel free to share YOUR stories and insights.

In Pennsylvania, between 2nd grade and 7th, my very best friend was Karin Moody. We learned and played violin together, played outside as being horses, cowboys & Indians, WWII Germans & Americans, Barbie & Ken. We would use ‘golden books’ as walls to build a mansion for our Ken and Barbie dolls on top of and beneath our family’s ping-pong table, then we would play-fantasy in that space for weeks. I was Ken: a secret agent like Napoleon Solo, a millionaire horse rancher, world adventurer, astronaut, teacher, or soldier. Barbie and Ken were best buds. We had plastic horses to ride, and ceramic dogs and cats that turned out to look just like several pet friends I have had in my life later on.

Living in Pennsylvania, we didn’t only have to imagine. There were horse farms all around that we would ride our bikes to. Two ranchers let us kids from the neighborhood clean out stalls, pitch hay, and brush & water the horses. In return we could ride–often bareback–especially the young colts that needed us ‘wee’ riders to break them in for riding.

And there were WOODS–amazing woods, deep woods, with huge boulders, trails and creeks winding through them. In summers we kids nearly lived in those woods. We would pack bag lunches and hike off to our favorite boulders by the creek, clambering on top to have our picnic, then play. We played Star Trek and all sorts of adventure roles. We knew the trees, the plants, how and where to ford the raging creek. We discovered our freedom there, and created a space for childhood solace. Pennsylvania–Penn’s Woods–was a great place to be a kid.

Karin moved to Florida while we were in 6th grade. After 7th grade, I moved with my family to near Niagara Falls. I saved babysitting money all year in 8th grade so I could visit Karin in Ft. Lauderdale, the summer that Neil Armstrong walked on the Moon! Karin visited me once in Niagara Falls, too, but after that, we lost contact and drifted into late teen years and after.

I remember Karin–and her wonderfully supportive, also adventuresome mother, Doris–AS my Childhood. Our friendship was a time for play, a space for dreaming, with limitless hope and imagining. We experienced and envisioned so much together: took trains to downtown movies or to go to the Philadelphia Philharmonic together, just us. We learned to be responsible travelers that way, and stoked our love of freedom and adventure that has never left me, ever since.

No matter what else might have been happening around us while we were ‘growing up’, Karin and I had each other to rely on. I’ll never forget being in my family’s kitchen on the phone with Karin when she had to tell me her father had committed suicide that day; he turned on the exhaust in the garage. He had lost his job and couldn’t bear to tell his wife, Karin’s mom. But we endured. Then a neighbor woman, next door to my family, also committed suicide, with a rifle her son had taught her how to use. Obviously, the adult world was fraught with tensions and hardship. But, at that time, as long as we had our friendship–and, for me, my sisters and brother; Karin herself was an only child–life would go on with relative surety into a future when we would eventually need to become adults, ourselves. But we would hold onto our childhood awareness, creativity, appreciation of Nature and animals and friendship itself, always.

Even now at 59, when I come home from work to contemplate or to walk my dog and be with my cats, and write, I am “Little Linda” still; Karin’s–and since then, also some other buddies’–Friend.