This summer semester as I have been teaching Anthropology remotely online, I have held Microsoft Teams (like Zoom) weekly sessions with students. This past 8 weeks we have been developing a discussion about the emerging cultural messages associated with masking and not masking in the U.S.. The following is my final week announcement to the students about the results of their observations over the semester. Then I have added some of their specific observations below that. 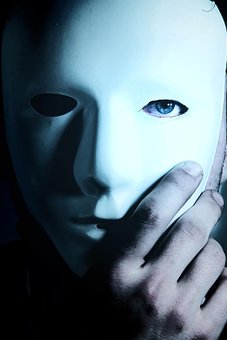 Some of your (students’) key findings:

that women are tending to mask more than men; that masking matters (e.g. spikes have occurred after the Tulsa campaign rally and other mass gatherings); in Colorado Springs students observed more people 30’s to 50’s not masking; that not masking can be a rebellious statement (claiming civil liberties); that whether or not to mask can be confusing due to mixed messages and ambivalent leadership; and that masking is generally perceived as caring and protective as versus not.

I observe that masking has quickly developed a cultural patterning: it adheres to partisan and other divides and becomes a marker of identity when used to draw attention to itself (either to a specific kind of mask–e.g. a fishnet mask observed at a gym, and Black Lives Matter masks) or to not wearing in situations where it is clearly mandated.  WHY has masking, a basic public health measure, become such a cultural phenomenon in America? It mirrors social segmentation and masking behavior may also reveal subtle issues around FACE: e.g. ‘losing face’ or feeling emasculated–nice pun!–when masking  esp. for men; losing a display of individual identity; concern with being perceived as criminal or threatening; though masking can also be associated with superheroes, e.g. caregivers!

In a diverse, complex society like the U.S. today, the covid19 pandemic has struck at a vital weakness in the divisive political and social climate here.

We can use masking to declare our CARE for ourselves and for one another.  Not masking can be a dangerous form of protest and may be perceived as a selfish lack of concern for others’ wellbeing.

To build bridges for Better Endings, it helps to talk with one another and to stand up for positive messaging.