Hi All. So I watched Beatriz at Dinner this week, expecting an excellent story with John Lithgow and Salma Hayak in the top roles. At first I was delighted and of course, the acting was superb by these two distinguished Thespians. But the ending…oh my! This story cries out (to me) for a Better Ending! And as the protagonist Beatriz, played intensely by Hayak, is a Healer from Mexico in the story, I want to rewrite the story to bring a more positive message to the Healer motif.

Beatriz is an intuitive healer and masseuse.  She is very—let’s say, overly—sensitive in the story to injury to any animals or humans. She can feel their pain to the point that she has become unbalanced by the cold reality of indifference. Doug, her nemesis as it plays out in the story (Lithgow’s role) is a financial developer mogul. He has succeeded often at the expense of wildlife or native occupations of land he has acquired to build his empire of hotels and other big developments. So, this becomes a story about class inequality and depicts a clash of viewpoints between Beatriz and Doug that gets magnified and intensified within Beatriz as she entertains the notion of murdering the wicked seeming mogul…

I will not tell the story to its film conclusion here, so as not to be a spoiler. Let’s just say I found the current ending disturbing, as was intended.

I believe in Better Endings! To me that is a natural principle that gives anyone the creative license to change any story they wish (especially, their OWN!) So then, how would I personally rewrite the plotline development of Beatriz at Dinner?

I would start just after Beatriz has met Doug at her client’s high-class dinner party and (been) retired to her room. I would have her devise something magnificent, not destructive, to teach a vital, transformative lesson to Doug that might effectively alter his perceptions about his own empire and bring him to some possibly life changing (and life enhancing) transformative concepts that he can implement to benefit not just his own but everyone’s world.

Like in the wonderful film of Powder, first Beatriz can intuitively link Doug to sense the pain of the African rhinoceros he was so proud of hunting and killing. Let him feel that pain so he can commit to never hunting again and to supporting endangered animal programs with his wealth.  Then maybe Beatriz could also tap Doug in telepathically to the lives of some of the peoples his hotel projects have displaced or impoverished.  As Doug has been a TED talk speaker, let him change his tune, go spend some time in these native communities, and revise his approach to development, building compassion and opportunity for local people into his approach.

Maybe Doug and Beatriz, recognizing the kismet of their connecting at the dinner party, could eventually team up and she could help to lead him to use his money and power for the greater good! Maybe they receive a Nobel Peace Prize down the road for their beneficial collaboration. 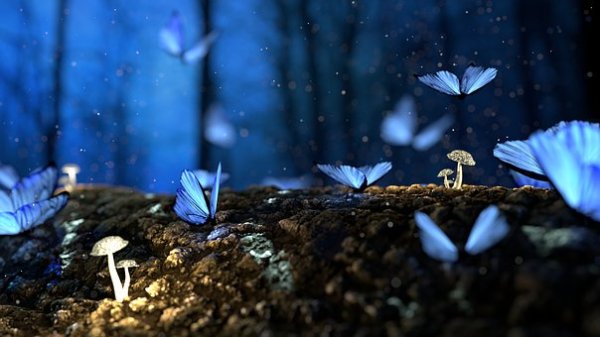 Please note, Better Endering is not about better writing or about critiquing authors. It is about CREATIVE RE-VISIONING, a principle we can all apply to our own lives to manifest the higher, greater life potentials of our deepest imagining.

I welcome your insights and story!

2 thoughts on “Beatriz at Dinner: In Need of a Better Ending! (Health Theme)”