Yesterday I read a post from a favorite blogger about how she was wondering whether seeing her recently passed dog’s collar that showed up on the first day of Hanukkah could be a sign from her beloved companion, perhaps even that he would be coming back, as she had at the time been contemplating finding another puppy .I do believe in reincarnation, and since Animals are Soul, Too (There is a book of that title, by Harold Klemp), our Soul companions that we share our lives with in their animal and our human forms can also return if that is in the highest spiritual interest of all concerned.

I am an animal lover and have had pets all my life. I do recognize that some of them have been with me in more than one animal companion form.  My cat Ariel came to me in such a way that I knew with certainty that she was returning from having been my cat Chela who had passed away around nine months earlier. There are many layers to this story, including dreams I had had when Chela was with me about other lives we had had together going way back to when I was an archaic human boy and she was a Tiger:

Yellow Eyes (the dream, in present tense for better recall):

I am a young boy walking alone in the veld. Language is minimal. I look around, taking stock of the environs. “Sky, storm” I think as I see the sky has a greenish tint and that signifies a violent storm is coming. “Cliff’” I think as I see a wall of cliffs with caves and I climb up there to take shelter from the storm, which swiftly comes with high winds wailing outside the cave. I look around and see a pair of yellow eyes looking back at me. “Tiger.” She also is seeking refuge from the storm. We seem to understand that we are both there for that reason and we do not attack one another.  The storm passes. Tiger leaves the cave, with an appreciative gaze as she leaves.  Later, a different life: I am a young man (indigenous native in a rainforest).  A lion is about to pounce upon me as I am walking through the jungle. Then a Tiger leaps onto the scene and prevents the Lion from reaching me.

Other memories of this same Soul as a white horse  while I am some sort of soldier.

Then fast forward to after Chela’s (as a calico orange female cat–also with Yellow/ Gold Eyes–, my closest companion for 11 years)  passing.  Around nine months later I wake from a dream. I am leaving a castle where I had been visiting a mentor who had recently died; she is who had introduced me to Chela while I was taking an Independent Study in Philosophy with her, Toni.  I look down as I am about to close the gate and see a female cat, ‘black and white with orange blotches’ coming toward me. Excited, I kneel down: “There you are!” and she leaps into my arms; we are so close, so familiar.  That very day of the dream I go to the office of my then mentor, my PhD advisor, Betsy. Her first words to me:

“Linda, do you know anyone who could take a kitten?”

“Not unless it is black and white with orange blotches,” I answered. 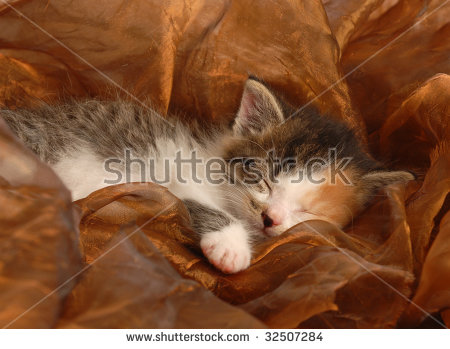 So I met Ariel that day, also with golden eyes, who was with me for the next twenty years. We were as close as Chela and I had been, loving companion Souls who travelled together and loved each other deeply.  She had marks on her forelegs and forehead of an orange calico just like Chela had been, though Ariel was a beautiful Harlequin Tortoise Shell Calico.

Because there is a need for ‘death’ (I call it translation in my faith), there must also be rebirth. We learn through cycles of growth and change.  It is all about love after all, which is reciprocal always or it is not love. Reciprocity and cyclicity are two aspects of the same relationship with Love, Life, and Spiritual Freedom. So I believe.

I welcome YOUR comments and Story!

2 thoughts on “Pets and Rebirth of a Dear Companion”