What do you want to Be or Do when you “grow up”? Or do you feel you are already fully grown, thank you very much? When I have asked this question at the start of a life mapping process, I usually ask someone how they would have answered that question as a child compared to now as an adult. I ask them to consider the difference in their answers to this question Then and Now. I was surprised the first time I asked this of a large class of mainly college seniors. Quite a few answered they are more realistic and practical as an adult versus when they had merely fantasized about what they wanted to be as a child. Several said that since they had taken on their ‘grown-up’ responsibilities, they look back at their childhood dreams as frivolous, childish nonsense. Some even said that being an adult requires them to dutifully shed or “sacrifice” such immature childhood flights of fancy.

Nonsense, I would say! I propose that this question, WHAT DO YOU WANT TO BE OR DO WHEN YOU GROW UP?, is fundamental—monumental even!  We should continue to ask it of ourselves and of others throughout our lives.  It embodies a CALL TO ADVENTURE, an invocation to you, to each of us, to claim a stake to your LIFE DREAM and to pursue realizing that Dream with all that you are. 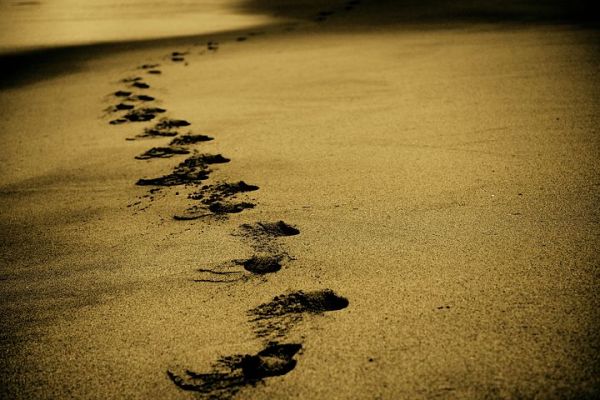 When you were a Child, did you maybe want to be an Astronaut or a Superhero? From an Archetypal Psychology point of view, these are not frivolous aspirations. They may indicate that your IDEALIST (often associated with Air or flight or travel) or your honorable WARRIOR parts of Self (personal unconscious archetypes) are Strong in You.  If you have grown up to become a world traveler or perhaps a fireman, a soldier, or a defense lawyer, you have actually realized in these occupations your childhood ‘fantasy’, see?

Allow me to come at this from another angle, to more profoundly invite you to YOUR Call to Adventure.  Have you read Dr. Michael Newton’s book, The Journey of Souls or watched the comic film with Meryl Streep and Albert Brooks, Defending Your Life?  Newton is a psychiatrist who interviewed individuals under hypnosis about reincarnation and these Souls’ experiences BETWEEN lifetimes.  He discovered an amazing similarity across their reports.  One common theme was that after dying, Souls are shown or explore on their own  what had been their purpose: their goals or Mission while they had lived, and how far had they come toward realizing these goals.

In the film Defending Your Life, this theme is dramatized as two recently deceased persons (played by Streep and Brooks) must undergo a court trial at a transition place called Judgement City to determine whether or to what extent they had fulfilled their previous lifetime goals.  Meryl Streep’s character Julia was certainly heroic; everything she had undertaken was done with panache and she never failed to risk her own life and act boldly to help others. She was clearly moving on. But Daniel, the Alfred Brooks character, had been diffident and hapless in his former life. At every opportunity to take a risk, he had turned away. His lawyer, played brilliantly by Rip Torn, has a hard case trying to defend his client’s plea for advancement, and we know Daniel is most likely to return to Earth for yet another round at life.  Then again, Daniel falls in love with Julia while in this purgatory sort of realm, which brings out something extra in Daniel’s character; I will not give the finale away.

Here’s the point: Consider that ‘What do you want to do or be when you grow up?’ as your own Soul calling out to You from within your highest awareness.  Another way to pose the same question is:

This query, this further Call to Adventure, may be your Wake Up Call.  If you are not even metaphorically where you had hoped you might be at this juncture in your lifetime journey, here is a golden opportunity to reflect on where you are, how you have gotten here, and where it is you would yet like to arrive in your life.

This year at Better Endings for Your Life Path we shall explore the Hero’s Adventure as a paradigm of mythic motifs you can discover or apply to YOUR LIFE STORY.  This is a Call to Adventure for You; a Call to Action!